Distracted Driving: Why Cell Phone Usage Is Banned in Some States 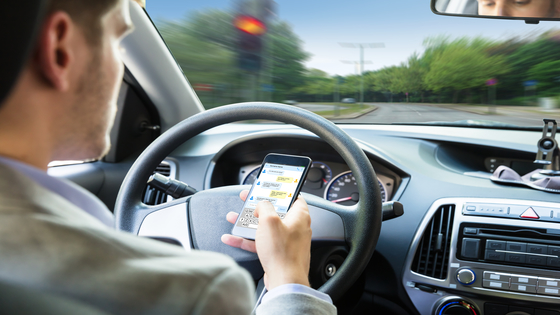 Some drivers want to be able to use their phones on the road without the fear of repercussions, but talking or texting while driving can lead to accidents. Distracted driving claims over 3,000 lives each year, according to the National Highway Traffic Safety Administration. In an attempt to combat this phenomenon, several states have passed legislation that restricts cell phone usage while driving.

Continue reading to learn more about the dangers of distracted driving.

What Is Distracted Driving?

Distracted driving is any activity that diverts attention from driving, which includes eating, drinking, toying with the stereo, and, most notably, texting while driving. Reading or sending a text takes your eyes off the road for at least five seconds. If you’re driving at 60 mph, that’s the equivalent of driving across a football field with your eyes closed.

In today’s blog, we will investigate the negative impacts of using your cell phone while driving and what lawmakers are doing to combat this problem.

The Dangers of Using Your Cell Phone While Driving

When most people think about distracted driving as it pertains to cell phone usage, texting comes to mind. However, texting isn’t the only distraction. Many drivers are guilty of the following:

Many people are surprised to learn this, but making a phone call while driving can be as devastating as texting—even if it’s on a hands-free device. For example, if the level of difficulty on the road demands concentration and the conversation you’re having is thought-provoking, then both activities are competing for limited brainpower.
When you answer a call while driving, your brain prioritizes the conversation over road safety; this puts you at risk of an accident.

What Are States Doing to Combat Cell Phone Usage While Driving?

Bans on cell phone usage while driving are becoming more common. For instance, New York was the first state to ban hand-held phone conversations in 2001. Nowadays, 21 states have followed suit, and 48 states have banned texting while driving.
In Utah, it’s legal for drivers to have a hand-held phone conversation, but some lawmakers are hoping to change that. A new bill in the works called “The Distracted Driver Amendments” prohibits drivers from using their phone while driving for any reason, which includes:

The bill would require drivers to place their phones on the dashboard or inside the glove compartment while the vehicle is in motion. Anyone who violates this law would face an infraction upon the first offense. On the second offense, they would face a class B misdemeanor.

Isn’t Talking on the Phone Similar to Talking With a Passenger?

Advocates of hands-free calls may argue phone calls are no different than conversations held with passengers; however, there are significant differences between the two. The primary difference is a passenger can see what a driver sees. On the other hand, a person on the phone has no access to this shared visual space.

A passenger knows when a driver is trying to enter a fast-flowing motorway, and they may stop talking until the maneuver is complete. Conversely, a person on the phone may not know the driver is trying to make a tricky maneuver, and they might continue talking; therefore, a phone call demands more attention than an in-person conversation at the worst time.

Multi-Tasking Is a Myth

Researchers at Carnegie Mellon University conducted a study to investigate how well people handle conversations while driving. Participants drove on a winding road in a rudimentary simulator while lying inside an MRI scanner to record brain activity. They engaged in a sentence comprehension test while driving, which was similar to a phone call.

Furthermore, researchers found the participants’ steering behavior while talking was worse, so they repeatedly crashed with the road’s edges.

Speak up Against Distracted Driving

If you feel strongly about distracted driving, consider doing the following:

Even if your state doesn’t have legislation regarding cell phone usage while driving, you should err on the side of caution. Put your phone away when you’re on the road; your texts and phone calls can wait. If a distracted driver recently struck you, you should hold them accountable in court. The skilled personal injury attorneys at Flickinger Sutterfield & Boulton can help you receive the compensation you deserve. Schedule a free case evaluation today.