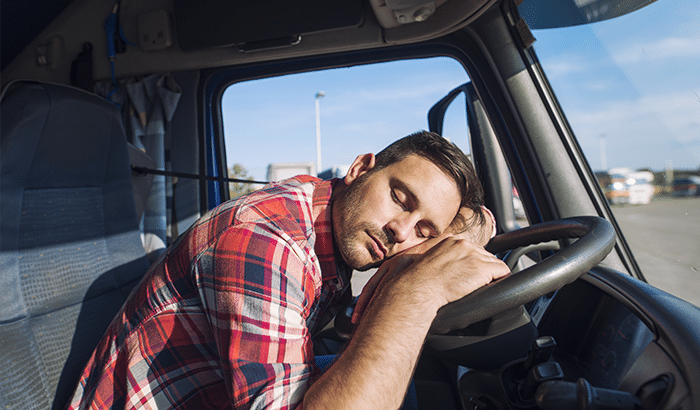 Truck driver fatigue is a leading cause of commercial motor vehicle accidents, yet it is not discussed as much as it should be.

Truck drivers work during a variety of extreme circumstances, so taking the wheel while feeling a little sleepy might not seem too risky initially. Unfortunately, the statistics surrounding drowsy driving prove that it is incredibly risky and dangerous.

Fatigue is as Dangerous as Driving Under the Influence

Many people do not realize just how hazardous it is to drive while feeling tired. In fact, drowsy driving is just as dangerous as driving under the influence. The dangers of truck driver fatigue parallel that of DUI, including:

Truckers are among the highest group of individuals at risk for driver fatigue. This is because they no longer have the luxury of taking naps whenever necessary. Instead, they typically drive the maximum amount of time possible mandated by the government, which is 11 hours. The nature of commercial driving is exhausting, and most operators work 60+ hours per week. Even when truckers are not working, it can be very difficult for them to establish a regular sleep pattern.

The CDC created a survey to determine how often commercial drivers take the wheel while feeling drowsy. The survey results were quite troubling:

The Federal Motor Carrier Safety Administration reported that 13 percent of commercial motor vehicle drivers were considered to have been fatigued at the time of their crash. Below are some tips that will help you stay well-rested for all of your trips and not become part of this startling statistic:

Flickinger Sutterfield & Boulton Can Help You Receive the Compensation You Deserve

If you have sustained car accident injuries due to truck driver fatigue, Flickinger Sutterfield & Boulton can help. With over 50 years of combined experience in personal injury cases, you can rest assured that you are in good hands with our team.

We have offices in Orem, Provo, Saratoga Springs, and West Jordan, Utah. Contact us today.