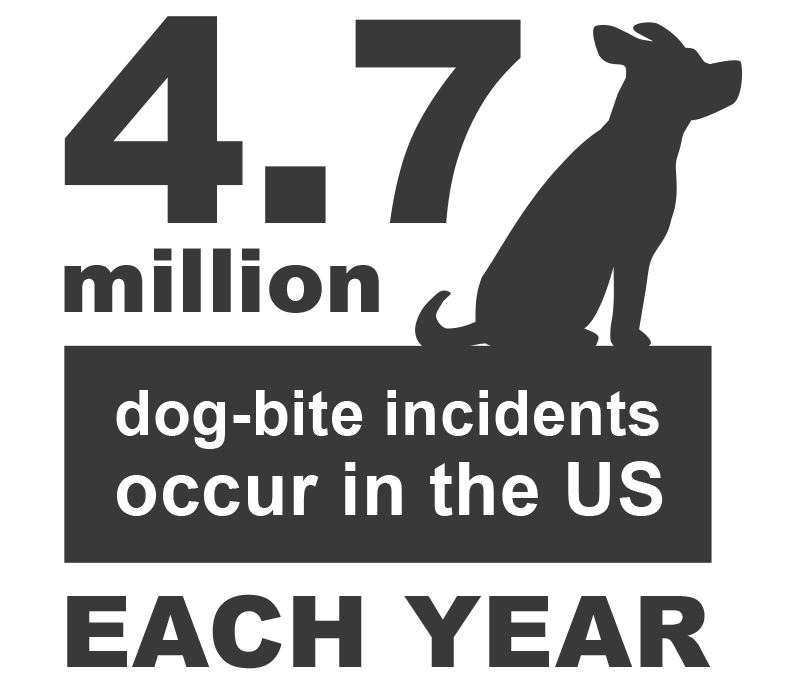 Dogs are often considered our best friend, and their companionship can certainly brighten a person’s day and alleviate loneliness. The Centers for Disease Control and Prevention (CDC) estimate that 36 percent of American households own a dog. In total, there are an estimated 90 million dogs in the US. With that many dogs, there is a risk of dog attacks. Even dogs that seem friendly may pose a hazard.

The Salt Lake City, UT animal attack injury and dog bite attorneys of Flickinger Sutterfield & Boulton are here to help you following any kind of harmful incident. We’d like to go over some statistics on these kinds of incidents so you can out the harm caused by dogs into perspective. These facts and figures paint an interesting picture.

How Common Are Dog Bites?

The CDC estimates that there are 4.7 million dog bites in the United States annually. Extrapolated to the entire population of the country, an American has a 1 in 69 chance of being bitten by a dog. Obviously these numbers can vary from individual to individual, especially if they are in regular contact with canines.

The Severity of Dog Bites

Infection and Rabies from Dog Bites

The dog bite itself may not be the reason for the medical attention. The CDC notes that 18 percent of dog bites may become infected. Since there are more than 60 kinds of bacteria found in a dog’s mouth, this should come as little surprise.

As for rabies, roughly 40,000 people receive a preventative rabies treatment called post-exposure prophylaxis (PEP) following an animal attack. That said, 90 percent of all rabies cases are linked to wild animals rather than domesticated pets.

According to figures from the American Society of Plastic Surgeons (ASPS), roughly 27,000 people underwent reconstructive surgery to address the damage that was caused by a dog attack. These procedures could include ear repair, scar tissue repair, and more advanced procedures depending on the severity of the attack.

Chances of Dying in a Dog Attack

Thankfully the risk of dying from a dog attack are very low. DogsBite.org recorded 39 dog bite fatalities in 2017. Of these victims, 15 were children 8-years old and younger.

For comparative purposes, you have a higher risk of death from heart disease, cancer, air travel, and cataclysmic storms than you do from a dog attack.

The Cost of Dog Bites Nationwide

According to the Insurance Information Institute, there was $530 million in payments made for dog bite claims in 2014. This goes to show that while these kinds of attacks are rare, the impact on victims who require medical attention can be substantial.

This helps underline why it’s so important to speak with attorneys after a dog attack has occurred. We can discuss insurance issues with you and how the owner of the dog can be held accountable in cases of negligence.

For more information about your legal rights and options, be sure to contact our dog bite and animal attack lawyers. Our attorneys are here to help you.You can reach the Provo office of Flickinger Sutterfield & Boulton at (801) 753-1616.