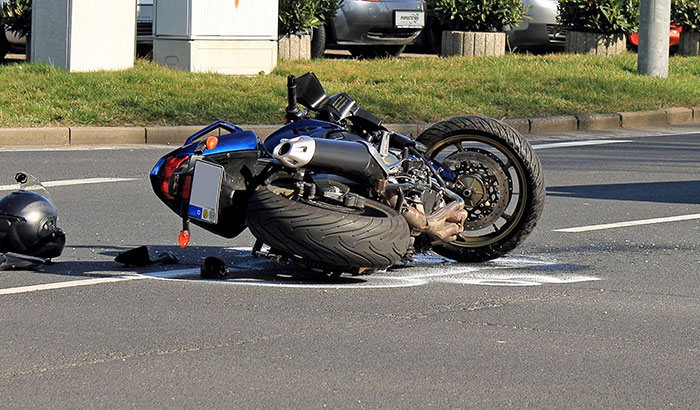 Motorcycle accidents happen everyday on our Utah roadways, and one major cause of these accidents is lane splitting whether traffic is stopped or not.

If you ride a motorcycle as your main form of transportation, it’s essential to arm yourself with all the knowledge you need about preventing accidents. In this article, we will talk about lane splitting and the dangers thereof. Keep reading to learn more.

What Is Lane Splitting?

Lane splitting refers to the practice of a motorcyclist driving a motorcycle between lanes along the line. Sometimes motorcyclists do this when traffic is at a standstill, maneuvering the small gap between vehicles. In other instances, a motorcyclist may split lanes while vehicles are in motion, and sometimes at high speeds.

As you can imagine, lane splitting is dangerous and can lead to fatal injuries, which is why there are various laws on the books with regard to lane-splitting.

Is Lane Splitting Legal in the State of Utah?

Utah, like many states across the country, does not permit lane splitting at any time. This means that motorcyclists cannot ride between lanes while traffic is in motion and they are also prohibited from doing so when traffic is stopped. This is one of the ways that the state of Utah hopes to keep motorcyclists safe from serious injuries.

As of May 2019 though, lane filtering was made legal in Utah. Lane filtering refers to when a motorcycle (other than an autocycle) is allowed to pass another vehicle that is stopped and will be traveling in the same direction in the same lane. An example of this is if multiple cars stop at a stop light, a motorcyclist can legally pass through the cars between lanes until they get to the front of the line. There are rules that set this apart from lane splitting. Here are a few things to note:

The Dangers of Lane Splitting

In addition to posing a danger to himself or herself, a motorcyclist who rides between lanes may also cause accidents to occur with other vehicles nearby. Cars may swerve to try to avoid the motorcycle, resulting in a collision with another vehicle.

Motorcyclists Should Be Careful While on the Road

Whenever you are operating a motorcycle, it’s important that you abide by the rules of the road, which means paying attention to the posted speed limits and traffic signs and also avoiding dangerous or reckless behaviors such as lane splitting. This will help keep you and others on the road safe.

What You Should Do If a Motorcyclist Is Lane Splitting

If you are driving your car and notice a motorcyclist is riding alongside your vehicle between lanes, do not panic or overreact. Continue to drive carefully and be attentive to the motorcyclist near your vehicle. It may be helpful to slow down gradually, allowing the motorcycle to pass without incident, or to safely change lanes in order to give the motorcyclist more room.

Motorcycle accidents can cause a lot of pain. Whether it be financial, physical, or emotional pain, it’s essential to get the help you need if you’ve been injured in an accident. To learn more about your legal options following a serious motor vehicle collision, be sure to contact our team of personal injury lawyers today. The legal team of Flickinger Sutterfield & Boulton will fight diligently for you every step of the way so you can be compensated fairly.

We have offices in Provo, Orem, Saratoga Springs, and West Jordan and serve all residents of the Utah and Salt Lake Counties.