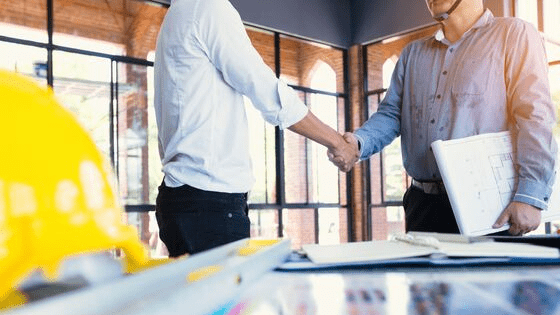 Construction is an inherently dangerous industry. Workers are expected to perform strenuous physical labor, sometimes at great heights or carrying heavy machinery. Non-worker bystanders and other pedestrians run the risk of injury by falling debris and other dangers. The number of situations that can go awry is infinite. Each year, there are more reported work-related injuries in construction than in other industries.

Although the construction industry comes with several risks, this does not mean that it’s impossible to be safe while on site. The Occupational Safety and Health Administration (OSHA), which is a division of the Department of Labor, provides safety standards that every employer in the country must follow.

OSHA has dubbed four categories of construction worker injuries “the fatal four” because they constitute approximately 60% of all construction worker deaths. The four injuries are falls, electrocutions, “struck by an object,” and “caught-in-between.” A worker does not necessarily need to suffer an injury on the job to be able to file a lawsuit. Minor injuries may entitle a worker to compensation for injuries. The most crucial factor that will influence a worker’s potential recovery in a lawsuit is whether workers’ compensation rules apply.

It’s not only workers who run the risk of being injured in construction sites, but it’s also people who are just walking by that can be injured. Falling debris can hit pedestrians. Unmarked roadway construction often leads to collisions. An innocent child can unknowingly wander into a construction site and become injured.

General contractors typically have a duty to at least warn the public of dangerous construction conditions. In certain situations, contractors should go above and beyond, such as making their working conditions safer. Depending on your state, if a contractor fails to take the proper safety precautions, the contractor will be held liable for any injury resulting from the failure. However, liability is not automatic in other states, but the injured person can use the failure as evidence to prove that the contractor should be liable for injuries.

Personal injury law is complex, and you deserve the appropriate amount of compensation. Do not settle for workers’ compensation if you feel that justice hasn’t been served. Contact Flickinger Sutterfield & Boulton today to work with experienced personal injury attorneys.