What If I Hit A Jaywalker? 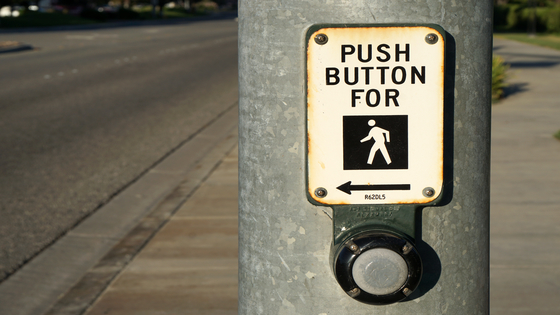 When we hear of car accidents involving pedestrians, we usually assume it’s the driver’s fault because of how big and powerful vehicles are. However, pedestrians can also be held liable for accidents, especially if they were jaywalking.

Discover more about the consequences of striking a jaywalker.

Drivers, motorcyclists, pedestrians, bicyclists, and anyone else who shares the road must abide by its rules. When it comes to pedestrians, it’s illegal for them to jaywalk or wander in areas where foot traffic is unlawful, such as certain parts of a highway. If they break these laws and it results in a car accident, they will be found partially at fault.

Learn more about determining negligence in a pedestrian versus vehicle accidents, and how it can affect compensation.

Contributory negligence states that an injured person’s negligence regarding the underlying accident, no matter how small, prohibits the person from receiving damages from the at-fault party.

For example, a pedestrian jaywalked when they were struck by a driver who was falling asleep; the pedestrian won’t be eligible to recover compensation from the driver. These rules tend to be unforgiving, but only a handful of states apply them, such as Alabama, Maryland, and Virginia.

Modified Comparative Negligence: Based on this rule, the plaintiff’s level of the fault must not surpass a specific threshold; otherwise, they may not be eligible to recover damages. Usually, this threshold is 50 percent, so if the plaintiff is over 50.1 percent at fault for the accident, they won’t be able to recover compensation. However, if they’re less than 50 percent at fault, they can receive damages from the defendant.

If you were recently in an accident, either as a pedestrian or a driver, it’s best not to depend too much on compensation because it may be reduced depending on your share of fault.

Let’s go back to the previous example of the jaywalker and the sleepy driver to understand how this rule works. If the pedestrian ended up with $50,000 worth of medical bills, and the jury decided they were 40 percent at fault while the driver was 60 percent to blame, the pedestrian would only be able to recover $30,000.

On the other hand, if the jury determined the pedestrian was 60 percent at fault, then they wouldn’t be able to recover compensation based on modified comparative negligence rules.

Pure Comparative Negligence: This rule is more forgiving, as there is no fault threshold. If the plaintiff isn’t found entirely at fault, they’re eligible to recover partial compensation. For example, if there’s an accident involving a pedestrian that leaves them with $100,000 in injuries, and they’re 90 percent at fault, they can legally ask the driver for $5,000.

Determining fault in an accident that involves a pedestrian is difficult, but you shouldn’t be forced to pay hefty medical fees if they were negligent. An experienced personal injury attorney at Flickinger Sutterfield & Boulton can help you understand negligence rules and represent you in court. Schedule your free case evaluation today.