What Is Comparative Negligence? 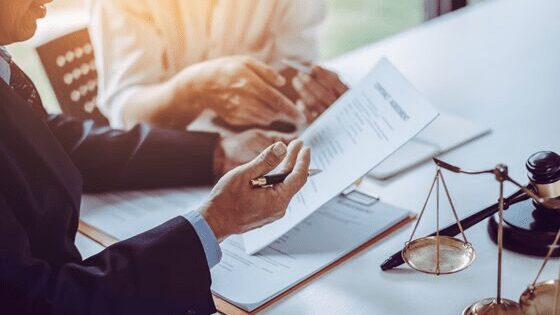 When someone is involved in a traffic accident and is injured as a result, deciding who is legally at fault is a strenuous task. There are some accidents where deciding who’s at fault is easy, but this isn’t always the case. In more complex situations where it isn’t clear who’s at fault, comparative negligence comes to play.

In some states, people who are involved in a car injury split the blame—which means they are splitting the responsibility for paying damages by using comparative negligence theories. These theories state the recovery for damages will be reduced by the percentage of fault attributed to them. This situation is usually referred to as “appointment of fault” or “allocation of fault.”

Suppose there are two drivers who are involved in a crash. Driver 1 sues driver 2 and claims that they suffered injuries of up to $100,000. The jury finds that driver 1 contributed to the accident by 30% because of their own negligence; the negligence of driver 2 contributes 70% to the accident. If the jury concludes that the injuries are worth $100,000, then driver 1 will only be able to recover $70,000. This instance would be referred to as driver 1 being awarded $100,000 reduced by 30% caused by their own negligence. Conversely, if driver 1’s negligence was found to have contributed to 70% of the accident, then they could only recover $30,000 for the 30% of the fault for which driver 2 is responsible. This particular example would only apply in states that use a “pure” theory of comparative negligence. Some states enforce a modified version of comparative negligence principle, where they only allow a lawsuit if the plaintiff was less than 50% at fault.

Certain states recognize a pure contributory negligence rule, where injured parties may not collect damages if they are found as little as one percent to blame for an accident. Only five states follow this legal rule: Alabama, the District of Columbia, Maryland, North Carolina, and Virginia.

States that recognize the pure comparative fault rule of accident liability allow parties to collect damages, even if they are found 99% at fault. It’s important to note that the degree of damages is limited to the party’s actual degree of fault. If a drunk driver is predominantly to blame for an accident, but they file an injury claim because the other driver had a faulty taillight, he or she may collect a minimal amount of damages.

If you were recently injured in a car collision and you’re unsure of what steps to take next, you should start by soliciting the help of an experienced injury lawyer. Contact Flickinger Sutterfield & Boulton today to hold the driver who has injured you accountable.