What To Know About Lane Splitting and Filtering 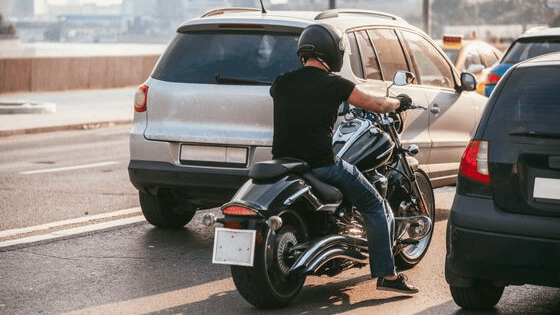 Utah has legalized motorcycle lane-splitting, becoming the second U.S. state to recognize a type of lane splitting formally. If you’re a motorcycle rider, you can now filter between lanes and stopped traffic. The bill allows motorcyclists traveling no faster than 15 mph to filter between lanes of stopped traffic moving in the same direction on roads where the speed limit is 45 mph or less. The American Motorcyclist Association endorses lane splitting, as it eases congestion on the streets and can keep motorcyclists out of harm’s way.

Lane splitting is now formally defined as a motorcycle ridden between rows of stopped or moving vehicles in the same lane including both divided and undivided streets, roads, or highways. Lane filtering refers to a motorcycle picking its way through slow-moving or stationary traffic, such as a spotlight. As a general rule of thumb, the do’s and don’ts of lane splitting are best governed by healthy survival instincts. Most importantly, if you don’t feel comfortable enough to lane split or lane filter, then you don’t have to do it. This is especially important for beginner motorcyclists to know, as lane splitting or filtering takes extensive practice. As of 2011, there have been a reported 1,288 incidents of motorcycles getting rear-ended in Utah. Lane splitting aims to alleviate this issue.

Because the legalization of lane splitting is recent, Utah’s state guidelines for lane splitting are still a work in progress. It is recommended that motorcyclists do not travel more than ten mph faster than the traffic it is passing. It is also not advisable to do this when traffic starts moving at 30 mph or faster. The quicker you pass, the less time you will have to react to a dangerous situation. Lanes one and two are the lanes safest to split, which are the lanes furthest to the left. The lanes furthest to the right see the most movement regarding traffic adjusting for on-ramps and exits, which makes it a lot more complicated to lane split.
By using the far-left lanes, you will be clear of semis and trailers, so you will be able to see over the top of most vehicles. An advantage to this is that it gives you a heads up of traffic flow ahead.

Whenever lane splitting and lane filtering are up for discussion, the four R’s come into play. The four R’s refer to the following: Be Reasonable, Be Responsible, Be Respectful, and Beware Roadways.

Be reasonable with your speed, as driving too fast turns you into a liability to yourself and other drivers.

Be responsible because you are solely responsible for your safety. Make sure your actions on the road convey this.

Be respectful to other drivers. Remember, although you are legally allowed to lane split, other road users aren’t legally obliged to make space for you.

Beware of roadways and stay focused at all times to respond to any potential dangers. Stay alert, be sensible, and if it feels wrong, then scale back.

While lane splitting is meant to simplify motorcycle driving, you run the risk of serious injury. If you are a motorcyclist who was involved in an accident as a result of lane splitting, you’ll need an experienced injury lawyer. You may be eligible for compensation. Contact Flickinger Sutterfield & Boulton today.