How Long Does Physical Shock Last After A Car Accident? 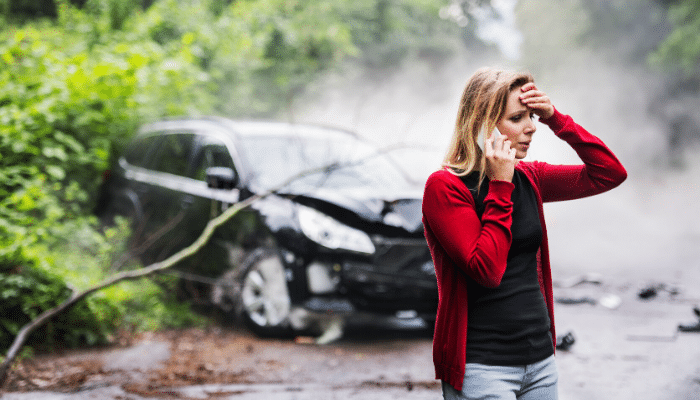 Car accidents can result in several injuries, and many of them may not be obvious. Fractures, burns, and spinal damage are immediately recognizable, but others can take weeks to appear. One type of injury that most people overlook is physical shock.

Learn more about experiencing shock after a car accident below.

What is Physical Shock?

Many people don’t know this, but experiencing shock is more than an emotion; after a car accident, a survivor may experience physical shock (also known as traumatic shock). They might be experiencing physical shock if they lose blood flow to their organs, resulting in oxygen depletion. Most of the time, shock won’t go away on its own, so it will linger until you receive medical help.

If you don’t urgently seek medical attention, you may end up hospitalized for weeks. Sadly, some people die from multiple organ failure. Continue reading to learn about the five major types of physical shock below.

Hypovolemic shock is the most common type of shock a person experiences after a car collision. It occurs when they begin to lose blood rapidly. A blood decrease causes a person’s heart to race abnormally, resulting in shallower, faster respiration. A person’s organs may begin to shut down to compensate for their body’s lack of oxygen-rich blood.Unfortunately, some people don’t notice their organ failure, leading to permanent damage. Children and the elderly are more prone to developing kidney failure due to hypovolemic shock.

Neurogenic shock occurs when a person experiences trauma to their spinal cord or nervous system damage. This type of shock can result in irregular blood circulation, which can also cause collapsed organs.

Cardiogenic shock occurs when a person’s heart becomes severely damaged and fails to pump sufficient oxygen-rich blood to their vital organs. This type of shock is most likely to result in a fatality. It’s important to note that cardiogenic shock usually occurs as the result of a heart attack. If you experience a heart attack following a car crash, you should stay at the hospital for a few weeks.

Septic shock, also known as blood poisoning, is caused by infections that lead to bacteria entering one’s bloodstream. This shock occurs when bacteria and their toxins cause damage to a person’s tissues and organs.

Extreme allergic reactions can cause anaphylactic shock, which is a potentially deadly condition. Although car crashes rarely result in this type of shock, individuals with allergies are at heightened risk. Some people experience anaphylactic shock as a reaction to corn starch or other chemicals found in airbags. Sadly, many people don’t realize they’re allergic to airbags until they’re involved in an accident.

After a car collision, it’s normal to feel confused, disoriented, and stunned. Still, it’s crucial to look for symptoms of physical shock in yourself and others. Watch out for the following:

Physical shock generally results in breathing problems, unconsciousness, and cardiac arrest. If you suspect that someone is experiencing this type of shock, call 911 immediately and provide first aid treatment until professional help arrives.

First aid treatment: If someone is unconscious, check if they’re still breathing and have a heartbeat. If you don’t hear them breathing or can’t detect a pulse, begin CPR.

However, if they’re breathing, do the following:

Step 1: Lay them on their back.
Step 2: Elevate their feet ten inches above the ground; this is known as the shock position, which helps direct blood to their vital organs.
Step 3: Cover them with a blanket or jacket to keep them warm.
Step 4: Monitor their breathing and heart rate every five minutes to see any changes.

However, if the person has a visible head, neck, or back injury, avoid moving them. If they vomit, gently turn their head sideways to prevent them from choking.

Car accidents are never easy to deal with, and undergoing physical shock can be debilitating or deadly. If you’re a victim of physical shock due to a car collision, you can work with an experienced car accident attorney from Flickinger Sutterfield & Boulton to receive the compensation you deserve. You shouldn’t suffer the consequences if you weren’t the at-fault driver in the accident.

Our goal in every case is to thoroughly examine your injuries and the repercussions they have on your life so that you can receive maximum damages.

We have offices throughout Utah County, as well as West Jordan. Schedule your free case evaluation today.