How Many Accidents Involve Trucks 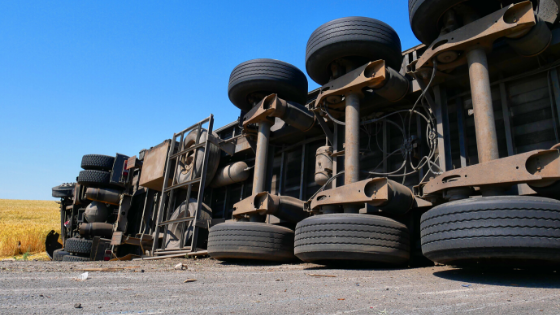 Road crashes are expected to become the fifth leading cause of death in the U.S. by 2030. Among road-related deaths in 2017, 4,657 of them were caused by trucks, according to the U.S. Department of Transportation. Small cars don’t stand a chance against 18-wheelers, coal trucks, cement trucks, and other large trucks. Continue reading to learn more about truck accidents.

Two-vehicle accidents accounted for 63 percent of all truck accidents, according to the Federal Motor Carrier Safety Administration. Although most truck collisions have more than one contributing factor, vehicle failure, overcompensating while steering, tailgating, physical impairments, falling asleep behind the wheel were all significant factors. Here’s a breakdown:

It’s also important to factor in a truck’s weight and stopping distance. On average, a small car weighs about 2.5 tons, while a large truck can weigh at least 50 tons. It takes longer for a truck to come to a complete stop. For instance, if a small car and a large truck are both driving at 40 mph and brake at the same moment, then the truck will travel approximately 45 feet forward before entirely stopping.

A tanker truck, also known as a fuel truck, is a large truck that carries gas; it’s considered a hazardous vehicle.

Being a garbage truck driver is considered one of the most dangerous jobs, and for every 100,000 workers, 33 of them will die. The following are statistics from 2018:

Unfortunately, no one is entirely safe on the road. Even if you’re a responsible driver, you can’t manage someone else’s driving skills. If you were recently involved in a truck accident that resulted in injury, you need to work with a personal injury attorney to receive the compensation you deserve. Schedule your free case evaluation with Flickinger Sutterfield & Boulton today.