Where Do Most Truck Accidents Occur? 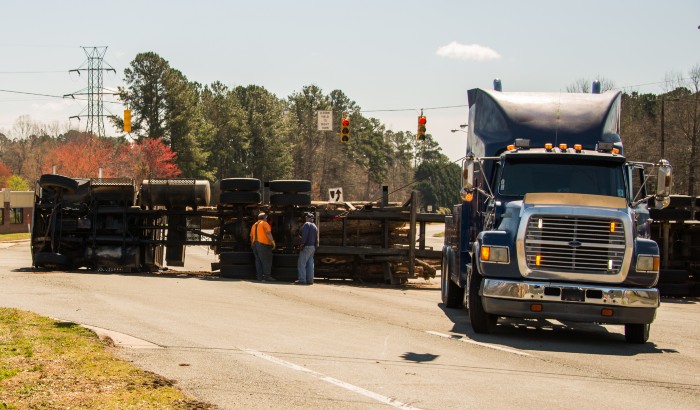 You may assume accidents involving large commercial vehicles only occur on city interstates; however, most truck accidents occur on rural roads.

Though the fast speeds and traffic congestion on highways might suggest a greater risk of a mishap, only 33% of large truck crashes in 2018 happened on interstates and freeways.

Why Do Most Truck Accidents Occur on Rural Roads?

In 2018, 52% of deaths in truck accidents occurred on roads other than interstates and freeways. Why is this so?

While inside city limits, truck drivers generally reduce their speeds and pay more attention to their surroundings. Speed limits are usually lower within cities than they are on major roads in rural areas. Some cities even have speed limits specific to truck drivers that are generally about 10 miles per hour slower than personal vehicles.

Distracted driving is one of the most common causes of car accidents in the United States. In rural areas, there are usually not many vehicles sharing the road at the same time. The roads seem to stretch for an endless number of miles and it can be easy to become distracted or even doze off accidentally. There is a higher likelihood of being overly lax while driving when the surroundings are comfortable.

What Time of Day Do Most Truck Crashes Occur?

The time of day you are driving can also contribute to the likelihood of being involved in a truck accident. According to the Insurance Institute for Highway Safety, 19% of large truck accidents in 2018 occurred between noon and 3:00 p.m. Consequently, this resulted in 790 deaths. The least hazardous time to drive was between 9:00 p.m. and midnight, which resulted in 7% of deaths.

Tips on Avoiding a Truck Accident

Our team at Flickinger Sutterfield & Boulton has spent over 25 years assisting Utah citizens after truck accidents. We are here to help you handle the aftermath and receive the compensation you deserve.

We have offices throughout Utah County and West Jordan, Utah. Schedule your free case evaluation today.