What If I Wasn’t Wearing a Seat Belt at the Time of My Accident? 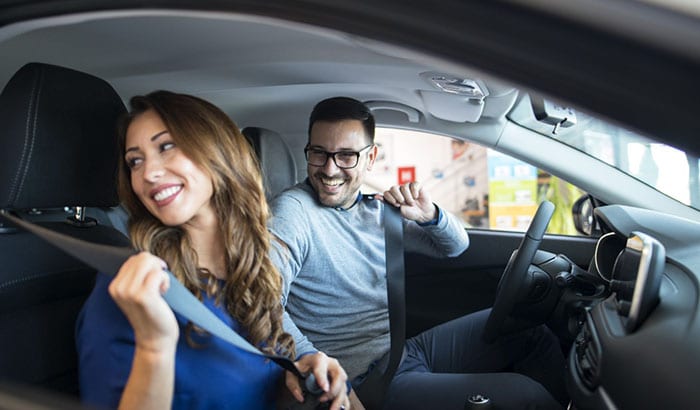 Even if you were not wearing a seat belt at the time of your car accident, you have the right to recover a settlement from the driver.

Several factors can influence your compensation after a crash, so continue reading to learn more about the laws surrounding seat belts and car accidents.

Can I File a Lawsuit if I Was Not Wearing My Seat Belt?

Most states require that all drivers and their passengers wear seat belts while on the road, but what happens if you were not wearing one at the time of your accident?

As long as another driver was responsible for the crash, you have the legal right to pursue damages for your injuries, even if you were not wearing a seat belt at the time of the crash. Either way, you are still eligible to file a car insurance claim or personal injury lawsuit against the at-fault driver.

Can Passengers File a Lawsuit if They Were Not Wearing a Seat Belt?

The rules vary if you sustained injuries as a passenger in someone else’s car. If you were not wearing a seat restraint, your lawyer could make a claim it was the driver’s responsibility to make sure you were buckled up. The laws vary from state-to-state, so be sure to hire an attorney that is familiar with the regulations in your state.

Utah operates under comparative fault laws. This means that if a person is partially responsible for causing an accident, their compensation for damages can be reduced by whatever percentage of fault they are assigned.

In other words, a person cannot receive full compensation for their injuries, damages, or losses if they were partially responsible for the accident. However, Utah’s seat belt laws specifically state that failing to wear a seat belt does not constitute comparative negligence.

The seat belt defense refers to torts law. Torts are legal claims that appear from injuries caused by accident or negligence. This defense only applies if the car accident was not caused intentionally. Two torts are generally associated with this:

Whether you were wearing a seat belt at the time of your car accident or not, you should contact a personal injury lawyer to assist you in the legal process after the crash. At Flickinger Sutterfield & Boulton, we are here to help you handle the aftermath and receive the compensation you deserve.