The State with the Most Car Accidents 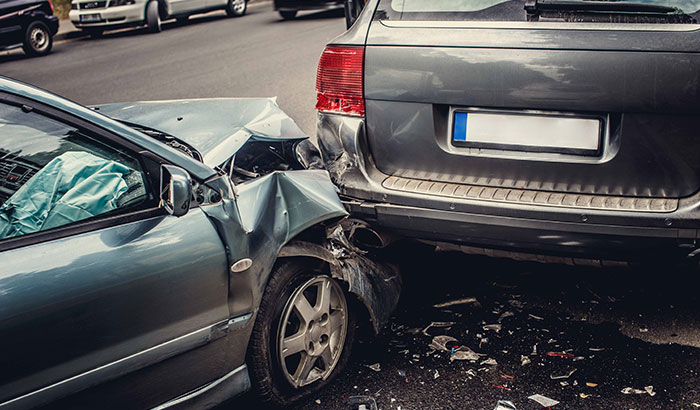 Most car accidents happen in heavy-traveled areas, but each state poses its own threats when it comes to driver safety.

Motor vehicle accidents happen every single day for various reasons all around the country. Let’s take a closer look at each state to uncover the most dangerous and safest places to drive.

The Most Common Car Crash Types in Each State

Every year, more than 33,000 fatal motor vehicle crashes occur on U.S. roadways. The number and types of these accidents vary widely among the 50 states and depend on many factors such as travel speeds, vehicle types, state traffic laws, weather, topography, and more.

Car accidents are a leading cause of death in the United States for people aged 1-54. Although each state varies in the number of road traffic crashes it sees annually, not one is exempt from this statistic. Some of the most common car crash types across the country include:

To determine the state with the most car accidents, the population must be considered. While heavily populated states tend to see more fatal crashes and deaths in total, they do not always have the highest death rates according to their population. The Insurance Institute for Highway Safety (IIHS) estimates that around 11 traffic deaths per 100,000 people occur in the United States each year.

The five states with the highest rates as of 2019 are:

The states with the lowest death rates include:

According to the Utah Department of Health, a crash occurs in Utah every eight minutes. Additionally, a person is injured from a traffic accident every 20 minutes and someone dies every 33 hours. Motor vehicle crashes of all shapes and sizes take a toll on Utah residents every single day.

Utah’s latest fatality rates reveal that there are 7.7 deaths per 1000,00 population and 0.75 fatalities per 100 million vehicle miles traveled. Although Utah’s statistics are less jarring than that of the top five, there are still many threats that pose a threat to Utah drivers.

To keep yourself and others safe on the road, consider the following tips:

The Attorneys of Flickinger Sutterfield & Boulton Can Help

Although most car accidents happen in Wyoming, they can happen anywhere and at any time. Auto accidents can cause both physical and financial difficulties, so if you have been involved in one in Utah, the experienced attorneys at Flickinger Sutterfield & Boulton are eager to help you fight for rightful compensation.

To learn more about your rights surrounding car crashes, be sure to contact our team of auto accident attorneys. We have offices in Provo, Orem, Saratoga Springs, and West Jordan and serve Utah citizens all over Utah and Salt Lake Valleys.